Serial cheaters: Can you forgive them? 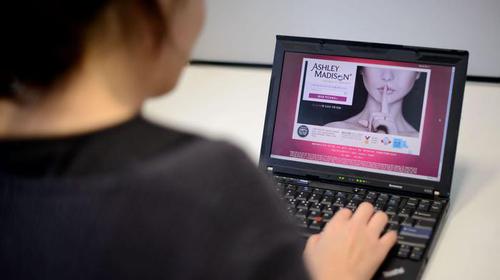 My girlfriend was a serial cheater

Forgiving a serial cheater is not easy. But what you need to realize is it’s not your fault. They’re not doing anything to you they aren’t going to do to the next guy.

I was about 22 years old and it was my last year of college. I’d been seeing this girl for about four months and we had really hit it off. We met at a party and she knew some people that I knew, and I had seen her classes and what not so talking to her was easy. One thing led to another and we were hooking up later back at my apartment. Normally things like that don’t amount to much, but I had a really good time and she seemed to as well. We exchanged information and the next week we were going out again.

Things picked up after that. We were seeing each other more frequently. It wasn’t every day, but a couple times a week. Sometimes she would just come over and we would watch Netflix in my room or she would hang out with me and my friends.

I didn’t realize this at the time, but she had another boyfriend, or whatever she called us. She never told me about him and I never asked. I was naive about these things and I assumed that because she made an effort to stay in contact with me on a day to day basis that we were together. But I was wrong.

When I found out about it (from one of my friends) I was angry. I felt like an idiot because I assumed the relationship had progressed to something exclusive. She apologized to me and told me that she didn’t know I wanted to be with her alone. She told me that she assumed that I too had other girls that I hooked up with.

I accepted that because it seemed reasonable. I never made my feelings clear and I believed it wasn’t fair to hold her responsible for an arrangement she didn’t know existed. She told me she had broke it off with the other guy and that she wanted to be with me and I believed her. She was so sincere. I could see it in her eyes. She believed what she was saying was true.

A few months later though she was at it again. There was a guy she had met at some other thing and he was chatting her up on her facebook or whatever. It was clear that he was interested in her and she wasn’t doing anything to convince him otherwise. I wasn’t certain they were hooking up, but I wasn’t certain they weren’t either. You go back and forth with these things. On the one hand you kind of know they’re hooking up, but on the other hand you don’t want to believe it, so you don’t.

I learned to trust again after that. It made me feel better that she didn’t single me out for this kind of treatment. She cheated on me and she was going to keep cheating on the next guy. Once I understood it wasn’t about me, it was easier to move on.

« Should you forgive him for cheating?
3 Steps to forgiving a cheater »
View more posts from this author